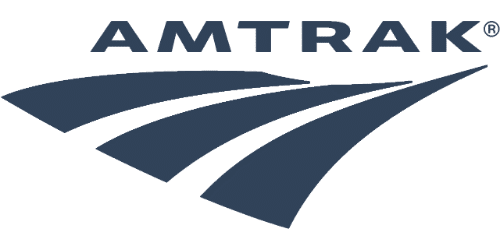 The Public Works (PW) Department would like to remind everyone of the City’s codes and PW’s processes for snow removal. Snow and Ice Operations: Public Works removes snow and ice from every dedicated city street by a combination of salting and plowing. One complete pass through the City takes at least seven hours after the snow has stopped and may take longer depending on the severity and duration of the storm. Public Works’ first priority is to clear snow routes and other major streets to enable safe travel for emergency vehicles, public transit, commuters and school buses. Secondary and residential streets are cleared after the snow routes and major streets are open. See the attached map for the designated emergency snow routes.

Plowing operations frequently leave a window of snow at the end of driveways and on the adjoining sidewalks. Regrettably, this is an unavoidable consequence of plowing operations. Residents are expected to clear driveways and sidewalks of these windrows. Please do not throw the snow back into the street. When adverse weather occurs, motorists are reminded to leave a few minutes early, drive slowly and be considerate of other motorists and snow plow operators. Please do not pass a snow plow or follow a Public Works vehicle too closely as plowing and salting operations are potentially hazardous to you and your vehicle.

Snow Routes: All snow routes are posted. Parking is prohibited on snow routes when a snow emergency has been declared or when snow accumulations exceed three inches (3”), which automatically creates a snow emergency. Vehicles parked on a snow route during a snow emergency may be towed without notice. Snow emergencies typically last for about 24 hours. Listen to local radio stations and the City’s web and Facebook pages for advisories and details. Keeping parked cars off of streets is required on snow routes and very helpful on other city streets as it enables the street to be plowed from curb to curb and eliminates problems resulting from cars being plowed in. Encroachments: Items encroaching into or out over the street pavement or curb (particularly portable basketball goals) should be removed from the street right-of-way. From time to time snow plows may damage sod, vegetation, overhanging signs or mailboxes. Please report any damage to the public works department at (309) 833-2821.

Public Works will make temporary repairs as necessary and permanent repairs in the spring. Public Sidewalks: The removal of snow from sidewalks is the responsibility of the adjoining property owner. Clearing public sidewalks is important for the safety of pedestrians including school children, mail carriers, newspaper deliver people, etc. Sidewalks in the designated abatement zones are required to be cleaned with 3” of snow accumulation, an accumulation of ice and freezing rain or upon an enforcement declaration. See the attached sidewalk maps for designated abatement zones.

Private Plowing: Persons plowing snow from private driveways and parking lots cannot leave snow piled in the street or on public sidewalks. It is also inconsiderate to push snow across the street and leave it piled in a neighbor’s front yard.

Question:
My street hasn’t been plowed yet.
Answer:
The city plows all emergency routes first, once completed the Public Works Department will be plowing secondary and residential streets, then City parking lots.
Question:
They plowed my driveway shut and I just cleaned it, they need to come back and clear my driveway entry.
Answer:
As residential streets are plowed, there may be a windrow of snow which occurs at the end of driveways. Regrettably, this is unavoidable and residents are expected to clear their driveways.
Question:
I use the alley to get in and out of my garage. The city needs to get my alley plowed right away.
Answer:
Once all emergency routes have been plowed, the Public Works Department will address the residential areas. Call the Public Works Department at (309)833-2821 with your address so they know that there has been a request for an alley to be plowed.
Question:
The snowplow knocked down my mailbox.
Answer:
Report damage to the Public Works Department at (309)833-2821. Someone from Public Works will contact you for damage assessment and repair or replacement as needed.
Question:
My sidewalk needs to be cleaned and salted.
Answer:
By City Ordinance, sidewalks are the responsibility of the adjoining property owner. Residents are expected to keep sidewalks safe as possible.

Posted in Announcements
© 2023 City of Macomb